An overview of the new API features in SonLVL

Okay, here we go. As promised in my previous post, here's a rundown of all the features MainMemory has graciously added to SonLVL's API in order to support my ongoing object definition adventure.

Debug overlays: Like I hinted at in last week's post, objects now have the option of drawing a secondary sprite, which is rendered with high priority above all regular sprites and level blocks. The most basic use of this feature is to plot out the movement patterns of continuously moving objects, such as floating platforms. 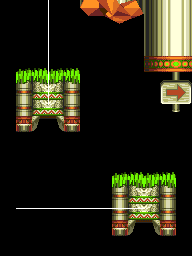 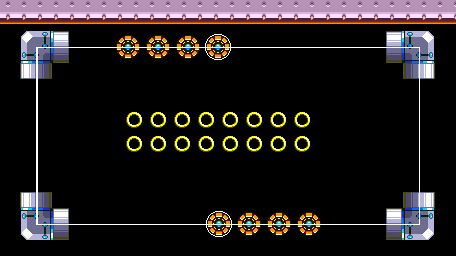 Beyond that, I also made it so that objects which are configured to move to a predetermined position will plot out the location of their collision box at the end of their movement pattern. 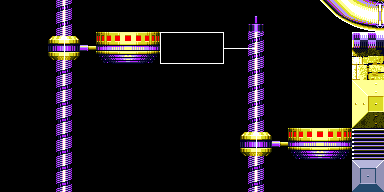 Streamlined sprites: Under the hood, the sprite rendering code has been greatly improved, resulting in faster load times and smoother scrolling when compared to previous versions of SonLVL. Sprites are also refreshed more often now, allowing me to do crazy stuff such as have crushing objects automatically detect the floors and ceilings as you drag them around the level.

Extra colors: Four additional color palettes are now available in each level. These are hidden in the editor, but can be used by sprites in order to render objects which normally overwrite one of the palette lines, such as bosses, as well as grant the Knuckles player start its proper coloring.

XML player starts: Player start markers can now be defined using a limited subset of the XML syntax for regular object defintions, allowing for custom poses in each level, as well as composite sprites where necessary. 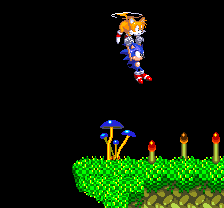 Layout swap option: This is a big one. It allows level configurations to define a set of layout copy areas in its level layout, and then swap them into the main layout through a menu option. This is absolutely vital while editing LBZ1, but also quite useful in FBZ, and to a lesser extent AIZ1, LBZ2 and SOZ2. 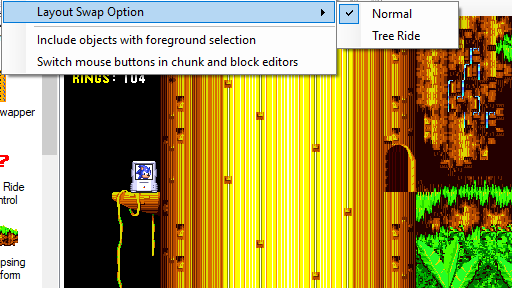 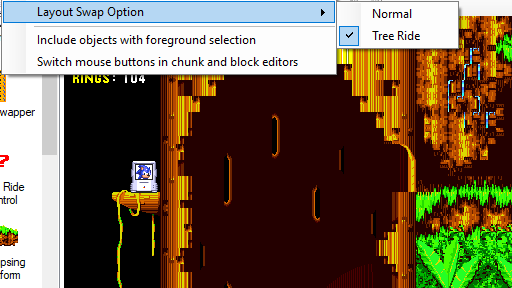 Animated PLC support: Levels can now optionally load blocks of uncompressed art, which are then rendered in place of the placeholder blocks in the main level view, allowing for a level's animated tiles to be rendered as they appear in-game. This is a really big one because it's not useful for just Sonic 3; MainMemory has already gone ahead and added animated tiles to the Sonic 1 and 2 level configurations. 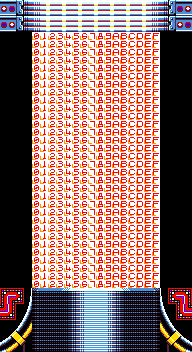 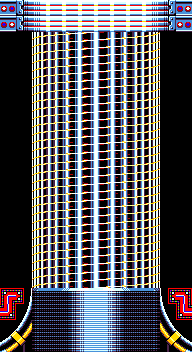 So that's where we stand. The whole thing is still a work in progress -- only the S3 levels are done at the moment. If you're feeling intrepid enough, you can always grab the current stuff from my personal Git repo; constructive feedback is highly appreciated if you have any.
Posted by Fred Bronze