We interrupt our regularly scheduled analysis of Sonic 3's interactions with the VDP for some very exciting news.

Earlier today, Hirokazu Yasuhara, lead game designer for Sonic 1, 2 and 3, was present at the video game developer conference Digital Dragons, where he held a presentation on how to make games "fun". Who in their right mind would have expected that after 25 years, all the way from Krakow, Poland, he would share with us these amazing production sketches for Sonic 2? 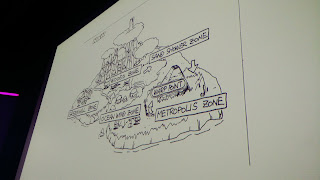 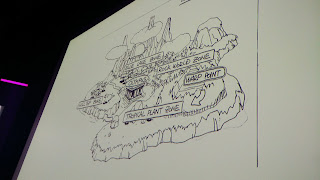 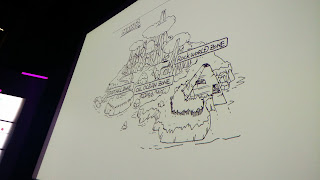 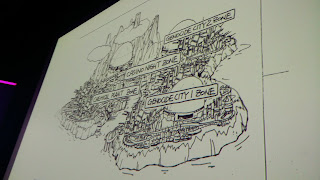 Here's a brief recap, adapted from articles on the Sonic Retro wiki. Back in 2005, vested Sonic researcher ICEknight managed to secure some enemy sketches from the Sonic 2 production staff. Between the six images, though, what got everybody's attention were the comments next to the sketch for the "Bumper" enemy:


For the past twelve years, that little blurb was all the information we had on Sonic 2's early time travel elements. The sketches revealed today not only give us rough names for all the Zones that were planned, but also shed new light on a minor mystery with the final game. 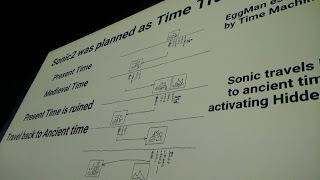 Internally, Sonic 2's levels are stored in a seemingly nonsensical order, with several empty slots scattered about, not unlike monster species in the first generation of Pokémon games. Turns out, they line up more or less perfectly with the prototype order seen in the sketches, and the above timeline shown by Yasuhara during his presentation:
In the next few articles, we'll look at Sonic 3's own internal level order and the stories it tells us.
Posted by Fred Bronze